Today, February 2nd, is my Aunt Ruth’s birthday! Happy birthday, Aunt Ruth! Actually she is my grand-aunt, but I always called her Aunt. Ruth Eleanor McCormack was born on February 2, 1904 in Otter Lake, Michigan. If she was still alive today, she would have been 110 years old. Her parents were William E. and Lavina Jane (Hemingway) McCormack. She was the youngest of three children born to William and Lavina. The other children being my grand Uncle Merle and my grandmother, Alta.

Here is my best picture of her; 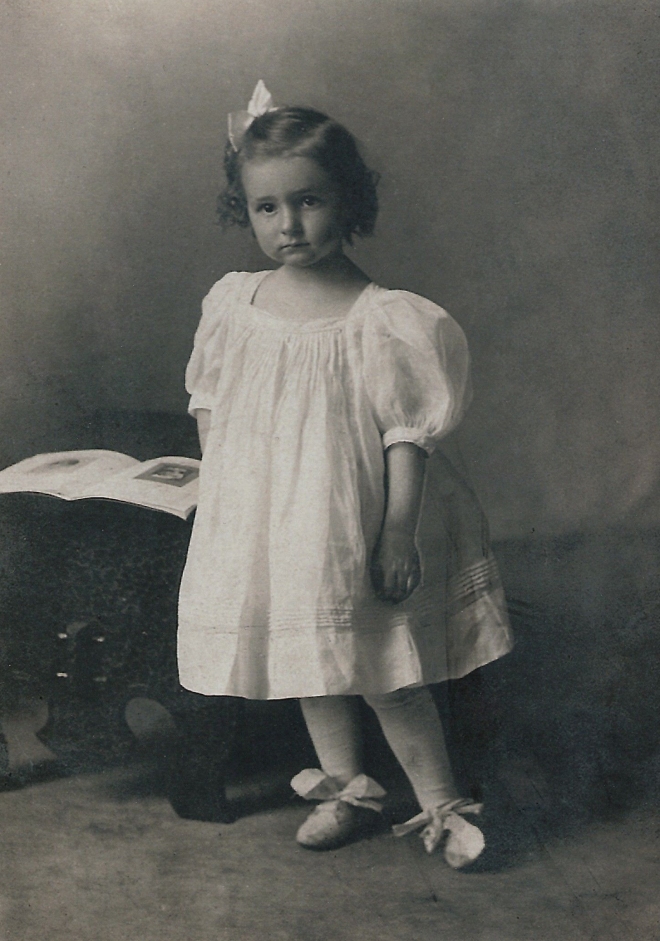 Aunt Ruth as a child

She also appears in the reunion picture which can be found at the post, The Beginning, at Friday’s Faces from the Past – The Children of William E. McCormack.

Unfortunately, I can’t say if I ever met her. If I did, I don’t remember it. She had two children both of whom are still living. In 1930, she married Arthur Willard Farrell in Toledo, Ohio. As far as I know, she didn’t have a full-time job outside of the home although I suspect that she may have been a teacher because my grandmother, her older sister, was a teacher.

Thanks for stopping by and I hope you learned something!